Astute RM provides a full-featured communication suite and CRM tools that are so familiar and intuitive to use that it’s simply the easiest to use CRM in Automotive!

It’s called Relationship Management because Astute RM manages more than just the customer. You manage employees, vendors and dealer partners – everything all from Astute RM!

We start by offering deep and seamless integrations with the tools you already use, like the most popular cell phone apps and Microsoft Outlook. We continue with our training wheels features, which guides new employees through their first few days in the program and puts help videos and support features at the fingertips of all users. It’s so easy your sales staff literally works from one screen. We finish it off by providing proactive recommendations on how to structure your day, and what your opportunities and threats are, which are insights that you would have to hunt around for in other programs. With the amount of personnel churn and overwhelming technology in modern dealerships, it’s time that you had a simple, self-training program that helps you make the most of your resources!

What Sets Us Apart:

Use Anywhere on Any Device

It’s a mobile world, so you shouldn’t be tied to your dealership or to an installed program on your PC. Our hosting approach combines the security of dedicated, independently firewalled hardware with the reliability and speed of a world-class data center with multiple Tier-1 data connections. Our web-based, SaaS architecture means that you can use a browser on your preferred device, whether it’s a PC, Mac, tablet, or a phone. The layout and features change automatically to stay optimized for whatever device you’re using. Your sales staff can do their job from one screen. As a manager, you have full visibility over who is using the program, when the user was last active and their location.

We Do the Things Others Haven’t Thought Of

With modern features like an on-screen QR code that lets you skip the login process and pick up right where you left off from your phone or tablet! Further you can send a link or let the customer scan a QR code to complete their own customer profile and credit pull. Of course features you expect are included like easy dealer-tag management. With automated web scraping, we give you deep integration to your dealer web site for the most up-to-date and robust inventory records. By monitoring the inventories of nearby dealerships, we can even alert you when a car that you sold – or appraised – has been traded in at another dealership. Astute RM is designed to disrupt and lead the industry.

Customizable for Large Groups, Small Independents, and Everyone in Between

Our unique integrated selling environment lets you customize an interactive dashboard for each user type or employee, meaning that you can decide what data and features are important to you and your employees. Further, customizable permissions let your employees fill multiple job roles. Our cloud architecture keeps the data for your entire dealership group in one place for easy group-wide management, alerting, and reporting. Flexible login types let BDC users work on behalf of multiple dealerships, while floor salespeople can be restricted to a specific store.

We Embrace Your Existing Workflow – Why Reinvent the Wheel?

Our calendars, mail, and contacts are compatible with Internet standard formats. You can use Outlook or your favorite native app for iPhone or Android to respond to emails, track appointments, and more while you are on the go! Unlike our competition we embrace popular programs and formats like Word, Excel, and Adobe Acrobat; our deep integrations allow you to do more with the tools you already know and love. 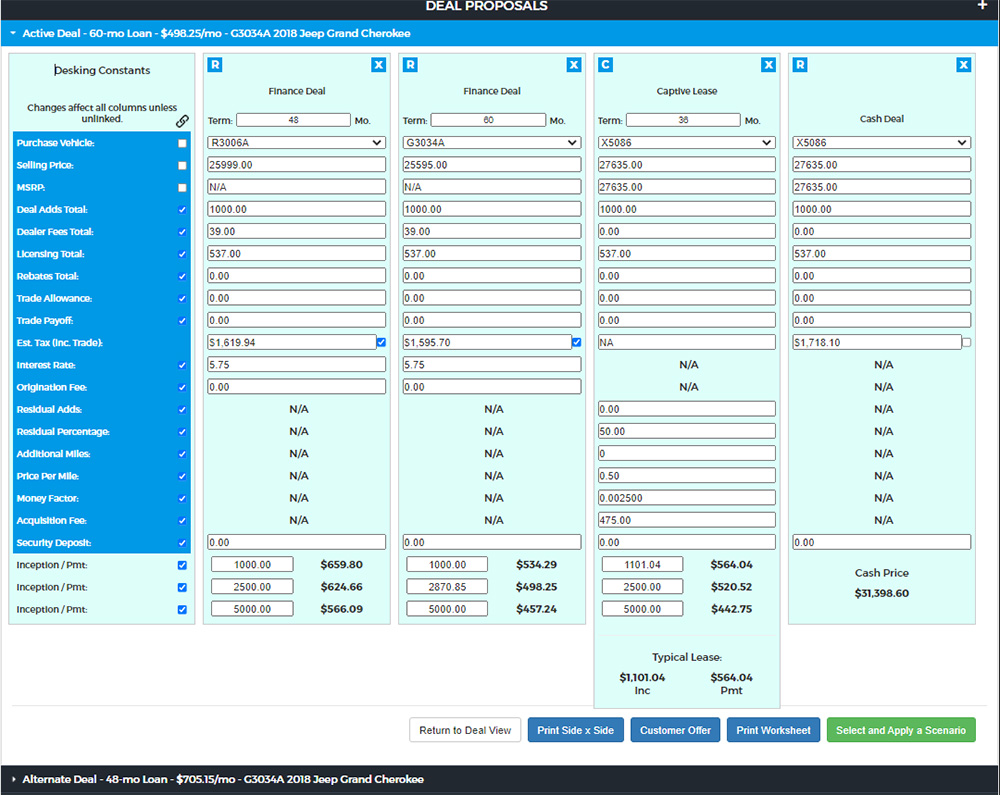 With the most powerful desking tool in the market, you can desk multiple vehicles, deal types, and terms side-by-side. If your customer wants a loan on a used car, why not show them a lease payment on a new one on the same worksheet? Our dynamic worksheet lets you show and hide numbers in real time so that the customer sees as much – or as little – as you want them to. Rejected deals can be archived so that you can easily switch back to them if you need to. You can clone and modify an existing deal proposal to make minor changes without losing the original proposal. Once you’ve used it, you won’t know how you’ve lived without it.

Astute RM was born out of decades of CRM and programming experience but redesigned for the modern era. After spending over a decade running and growing a legacy CRM product, founder Brendan Hurley has learned what features dealership expect – and which ones never get used. At the same time, we have seen changes in the way dealerships operate, changes that can’t be accommodated with 20th century database designs and locally installed programs. The Astute RM design team, led by co-owner and Lead Developer, David Swanson, designed the application from the ground up. The mission: to better meet the needs of dealership groups, BDC-based sales departments, mobile workforces, serverless infrastructures, and sales departments with high employee churn at a price point that can weather a contracting economy.

Astute RM co-owner Brendan Hurley has been a dealership owner himself for over three decades and provides a wealth of experience and insight to the development team. Unlike our more expensive competitors, our developers test their software in real dealerships, and work hands-on with salespeople, managers, and BDC departments to incorporate feedback “from the trenches” for a product that is more streamlined and practical, with a firm understanding of what you need and how you operate your business.
Company Leadership
“Brendan Hurley has been a dealership owner since the 1980s with franchises spanning many brands and relationships throughout the world of car dealerships. He also has an academic background in computer science and has worked with several other dealership management software companies. In addition to playing an active role in efficient workflows and intuitive interfaces, he adds a wealth of knowledge about the industry, and numerous connections with industry partners that help Astute RM create beneficial relationships with other software providers and industry gurus. In addition to his duties at Astute, he is currently an FCA franchisee and is currently preparing to open the I4 AutoMall in DeLand, Florida, which will house numerous dealerships and will feature a wealth of innovative technology that is likely to create the blueprint for the car dealership of the future." 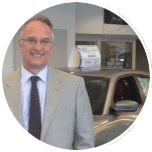 Brendan Hurley Co-Owner and Manager
“A perennial car nut since he can remember, Ryan Rigdon worked at various dealerships through college. After graduating with a B.S. in Business Administration, he returned to the automotive world working for a specialty equipment distributor. Later, he entered the automotive SAAS world as a pioneering member of one of today’s most popular CRMs. Since then, he has enjoyed various key roles at major SAAS vendors. From artificial intelligence to advanced data mining and predictive analytics these vendors are today staples in the automotive industry. Through it all, Ryan’s roles have always centralized around the growth, stability and scalability of the organization." 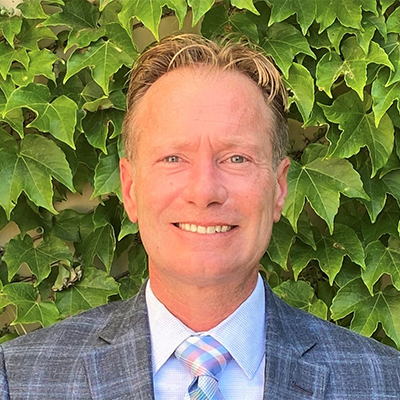 Ryan Rigdon VP of Business Strategy
“Derek Macphail began his career in the automotive industry in 2008 and working as a Salesman, Internet Manager, and eventually BDC at Hendrick Acura of Kansas City.  In 2013 he left the retail side of the industry and went to work for a major CRM training and installing software and processes in dealerships across the U.S. and Canada.  Later at a data mining and predictive analytics vendor helped develop new technology that is currently implemented in dealerships across the nation.  Last year he stepped back into the retail side and witnessed firsthand the unique challenges that automotive dealerships face in today’s post pandemic digital market. Derek’s diverse experiences in both the dealership and vendor worlds makes him uniquely qualified to advocate for dealers." 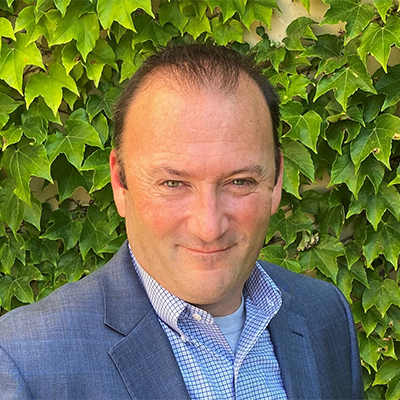 Derek MacPhail National Sales Director
“David Swanson holds a master’s degree in application development and has spent the majority of his career focusing on dealership management software. His background in API development and product integration make him well-suited to work in the highly-connected world of automotive software. His breadth of experience in mobile app and web development, along with his server and database management experience help him to create a solid infrastructure and to create solutions that work on all types of devices to support flexible, modern workflows. Although he spends much of his time managing the development team, he is still actively involved in feature development, integrations, and database optimization." 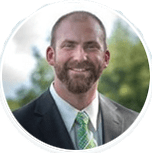 David Swanson Co-Owner and Lead Developer
“Tim Carnes has nearly thirty years of experience in database architecture, administration, and reporting, and earned a doctorate degree in 2003. His experience spans multiple industries including automotive, banking, energy and public utilities, and academia, including leadership roles at Fortune 500 companies, a major university, and in the public sector. His experience was invaluable in creating a scalable, enterprise-level data structure that is flexible enough to accommodate large groups with centralized ownership, and scalable enough to grow Astute RM into a world-class enterprise. " 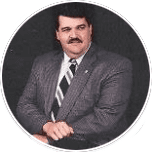 Timothy Carnes Database Architect
“David Gross earned a Bachelor’s degree in Computer Engineering, and then a Master’s degree in Computer Engineering from the University of Central Florida and has over 30 years in software engineering. He started his software engineering career at Kennedy Space Center on the shuttle program and later running a research development team developing intelligent search systems for Boeing Aerospace. His experience spans multiple industries including aerospace, banking, entertainment, energy utilities, and academia, including Nasa, Disney, Lucent and on the faculty for a major university. His background makes him well-suited to integrate services and systems from disparate providers in the world of automotive software. His experience in web development and cloud architecture, along with his server and database experience helps him to create solutions to modern cloud-based Content Management System." 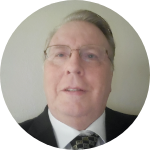 David Gross Integration Lead
“Patricia has worked in the dealership software space for over 20 years. The experience and knowledge she has gained through various positions with DMS providers and others make her a tremendous asset for Astute RM dealerships. Over 3,000 dealerships and more than 1,500 vendors have worked directly with Patricia in various roles, including installations, implementations, integrations, training, and support.

Her intimate knowledge of the inner workings of dealerships, along with her deep understanding of the employee's needs, has given her the ability to leverage technology to enhance dealership operations." 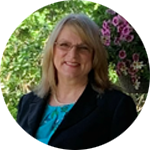